Inaugural Get Rowing #Blitzit2017 On the Water 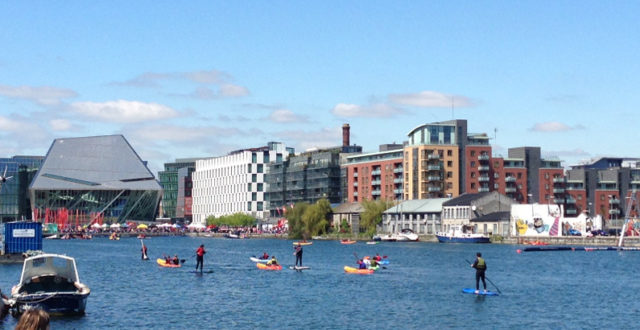 Get Going…Get Rowing are pleased to announce that they will hold their first ever on the Water blitz in the heart of Dublin Docklands (Waterways Ireland visitor centre) on Friday 12th May from 10am-3pm. The event will be supported by Dublin City Council and Waterways Ireland.

The Blitz will be a finale of the Get Going…Get Rowing programme which is now run by 12 part-time community Rowing Ireland coaches in five centres across Ireland these include: Carlow, Cork, Dublin, Galway and Limerick. The Get Rowing coaches are co-funded by Sport Ireland, Dublin City Council and NUI Galway.

The Get Going…Get Rowing programme together with their partners: Sport Ireland, Trinity College, Dublin, Dublin City council, Limerick Sports partnership and Carlow Youth services have run a series of Blitz events around the country for the academic year 2016/2017. The on the water event will be a culmination of these events together with the on the water sessions hosted as part of Active Schools week in the lead up to the Water Blitz.

The on-the-water Blitz is a “Girls only event” to celebrate Women in Sport in Dublin City and beyond and to create a sport and pathway for life. In 2016 15,000+ women participated in the Get Going…Get Rowing programme.  Female drop off in sport starts earlier than males’ – beginning at age 9-12 compared with age 13-16 respectively. Not only does it start earlier, but it is also more dramatic, which is why the larger differences between the sexes in the older age groups. Between the ages of 15-17, girls’ activity drops by 66% (from 91% to 31%). While male drop out is less than half (from 91% to 49%). By 15, half as many girls as boys are doing the recommended levels of activity.

The Get Going…Get Rowing programme started as a pilot scheme in Dublin City in March 2014. With numbers growing every year and centres expanding all over the country, the initiative ethos is “to give a sport and pathway for life”. The water event will ensure that those who have taken part in the programme as part of their PE class over the last academic year (2016/2017) will now have the opportunity to compete on the water and transition into summer learn to row programmes and Rowing Ireland clubs throughout the country.

The initiative has been supported by Dublin City Sport and Well-being from its initiation and has flourished with the support of the organisation over the last three years. The event will be a stage for this year’s work together with show-casing Dublin City as a City of Sport with the river at its hub and centre.

Key Blitz dates are as follows: