A fun filled year ahead 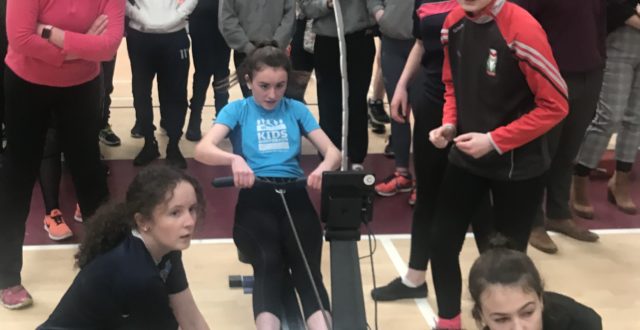 Get Going…Get Rowing has taken off in 2018 with more schools and more centres on board.

The programme in its present format started as a pilot scheme in February 2014. In 2017 25,000 individual students rowing as part of the programme. Already in Q1 Get Going…Get Rowing is on target to top this in 2018.

In 2018 Get Going…Get Rowing will have 100’s of schools on board. The programme recently attended the launch of the Leaving certificate curriculum  with the Minister of Education, Richard Bruton. The new leaving certificate PE curriculum will include rowing and indoor rowing as part of the course and Rowing Ireland, Get Going…Get Rowing programme will be involved with this.

Expanding from Dublin to Carlow, Galway, Limerick, Cork the programme will be escalating to Kerry, Tipperary and Clare in 2018. Through partnerships with Local Sports partnership, Regional Youth services and other organisations.

On 20th February Carlow Youth Services together with Get Going…Get Rowing programme held #Blitzit 2018, the fourth of its kind in Carlow IT. 500 participants competed in the event which was run by Carlow Youth services and the TY coaches from schools across Carlow. 56 TY coaches trained last October as indoor rowing coaches. These Transition years really have come full circle as many of them were the first years four years ago to try the programme only four years ago. As a result of this a large number of these 16 year olds are now competing junior members of Carlow Rowing Club. In fact, in a recent case study over 95% of junior girl’s membership in Carlow Rowing Club is as a result of the programme.

Students were not deterred by the snow and came out in hoards on Wednesday 7th March, at #Blitzit 2017 in University of Limerick. The programme in Limerick is run in conjunction with Limerick Sports partnership and many of the schools on board are have now registered as Rowing Ireland schools for the very first time.

The first West Cork #Blitzit event will be held in Skibbereen Community college on Thursday 22nd March. The event will give the local west Cork schools the opportunity to compete locally and see the efforts of their work in Skibbereen, Bantry and Schull in a school that has already produced its share of World Rowing Champions. Denise Walsh herself a community coach for the Get Going…Get Rowing programme went to school in Skibbereen. What better role model to have for the sport! The local club in Bantry has been supported by Community Coach Emily Dulohery who has worked tirelessly with the secondary school in the area to develop new members to Bantry rowing club. Cork Sports partnership have been integral in supporting the programme since September 2017.

This year Get Going…Get Rowing will hold two #Blitzit on the water events in order to create that all important pathway to clubs. #Blitizt “Splash and Dash” Dublin will be held in the heart of Dublin Business district at Grand Canal dock in conjunction with Dublin City Council and Waterways Ireland. The Inaugural #Blitzit “Splash and Dash”, Limerick will take place on the Shannon in the heart of Limerick City on Tuesday 8th May.

These events will be 250m in length in “Blue boats” (trimmy’s). It will enable students to link rowing on ergometers to that on the water and create the pathway to clubs and Rowing Ireland membership.

Finally, the last and by no means least #Blitzit of the year will be held in conjunction with Cork Sports Partnership on land in Neptune Stadium Cork on Thursday May 17th 2018. All these events will give students and clubs opportunities to link and grow the sport whether on land, in schools rowing or on the water by joining one of our Rowing Ireland affiliated clubs.

Have a look at our new video on the programme to find out what Get Going…Get Rowing is all about.